The German East African colonial administration only reached Nyanza in 1893; Gustav Adolf von Götzen met the mwami. Rwanda was on the edge of the German East Africa. It was only in 1910 at the convention of Brussels that the borders of Rwanda were fixed. 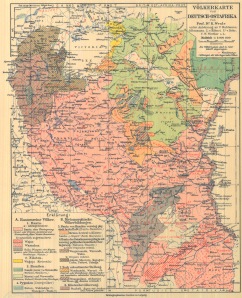 Rwanda as Belgium a Colony

In 1916, Belgium was given a mandate by the league of nations to govern Rwanda and Burundi. Belgium governed Rwanda until independence in 1961.

9. Rwanda in 1943. Who new that Bukavu was called Costermansville?

Rwanda After Independence to 1994

Rwanda had a fitful time as a republic. In 1973 military rule was established lead by Juvénal Habyarimana. Habryarimana rule lasted until has assassination on 6th April 1994.

11. Pre 1994 Rwanda. Note the size of Akagera national park and its associated hunting area. It is detailed. The closer you look the more you see… 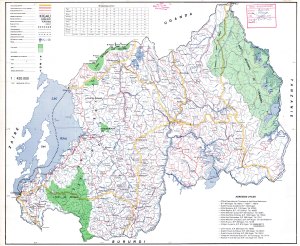 14. There are minerals in them there hills… 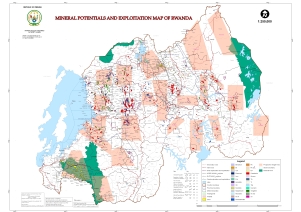 15. Figure out which of 100 different types of vegetation applies… 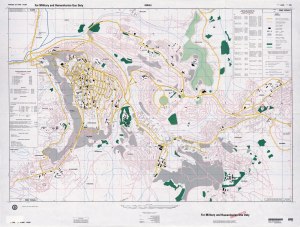 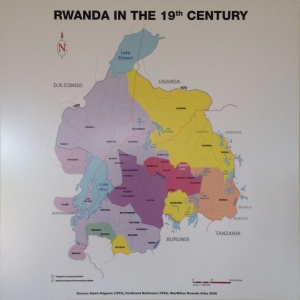